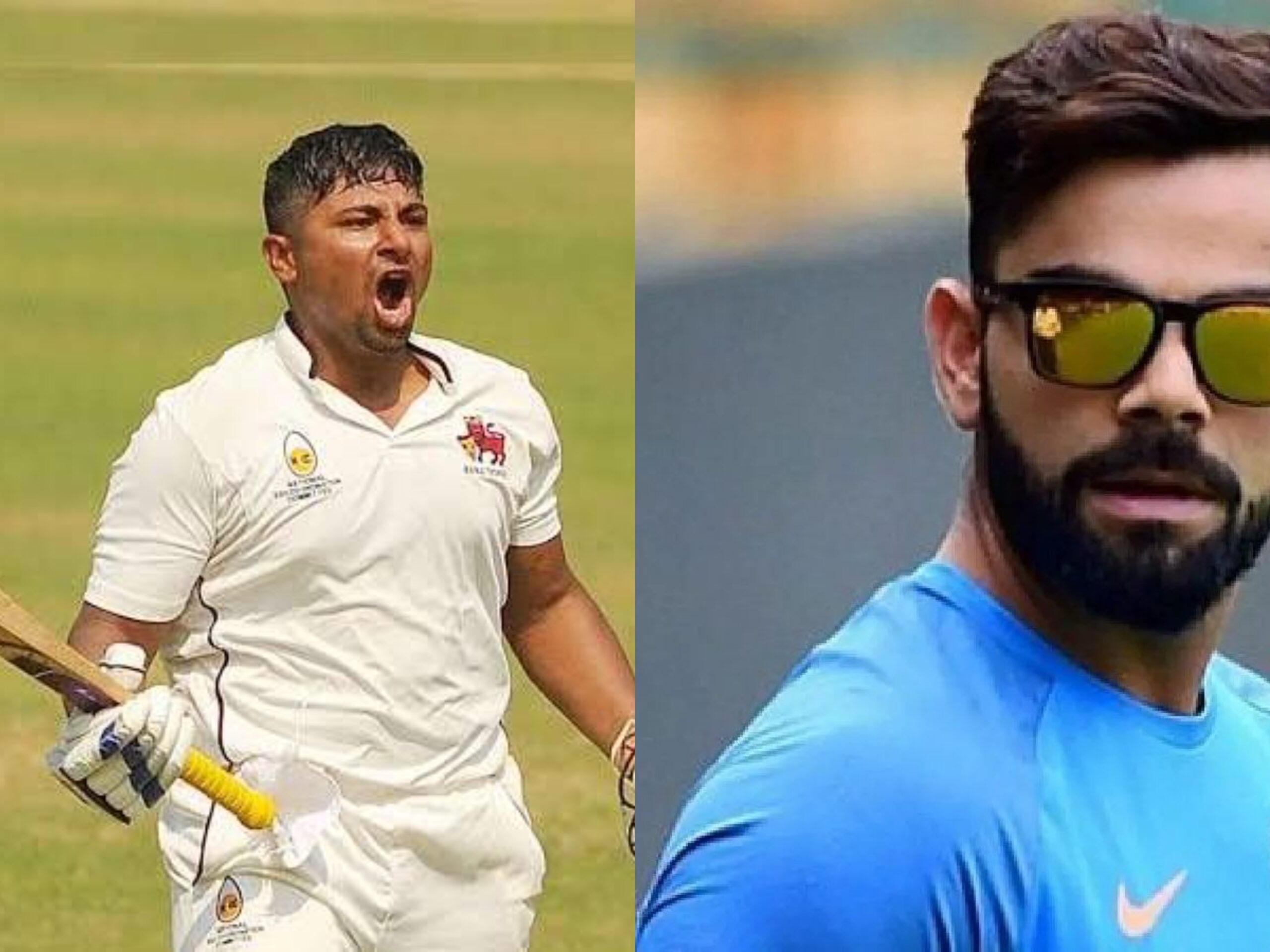 Mumbai star batter Sarfaraz Khan has accumulated 900 plus runs for two consecutive seasons, proving to be far ahead of everyone else in the race. He is a fan favourite to be fast-tracked into the national setup, and with the form he has shown, it’s hard to imagine that his debut for India could be far away.

This season, Sarfaraz averaged 122 across 9 innings where he accumulated a massive 982 runs. He’s racked up 2 fifties, three hundreds and one stunning double hundred. Sarfaraz was one of the primary forces behind Mumbai’s stellar performance in the tournament, as they dominated most sides before being outdone by Madhya Pradesh who surged ahead to claim their maiden trophy.

Sarfaraz Khan bagged an IPL contract with the Royal Challengers Bangalore in 2015, where he shared the dressing room with the likes of Virat Kohli and AB de Villiers. In an interview with Indian Express, he recalled how Kohli had advised him on improving his fitness.

“When I played IPL in 2015-16, my fitness level was not good, and Virat Kohli had also told me that,” Sarfaraz explained. “After that, I improved my fitness, but I again put on weight. But in the last two years, I have been very disciplined about my health. Everyone’s body is different, but it should not affect my game. For the last eight years, I have been in the IPL and clearing fitness tests. In my off-season also, I will pay attention to my health and fitness.”

Sarfaraz was retained by RCB in a surprise move in 2018, then moved to Punjab Kings for a couple of seasons before being acquired by Delhi Capitals in 2022. Since 2015, he hasn’t had a sufficiently long IPL run. However he has continued to accumulate runs in the Ranji Trophy. He’s has an exceptional run especially in the knockouts, with hundreds in both the quarterfinal and the finals.

Sarfaraz explains how he had little awareness about proper nutritional practices, but now he is more particular about what he eats. He said, “When we were not informed about diet practices, we used to eat anything. But now, we are strict about our diet. In our house, we used to have non-vegetarian food every day. However, now we avoid eating biryani and other rice dishes. We either eat it on Sundays or on other occasions,” he concluded.

WATCH: Jhulan Goswami bowls to KL Rahul in the nets
‘We are not cars’ – Ben Stokes’ heavy criticism of schedule and player workloads