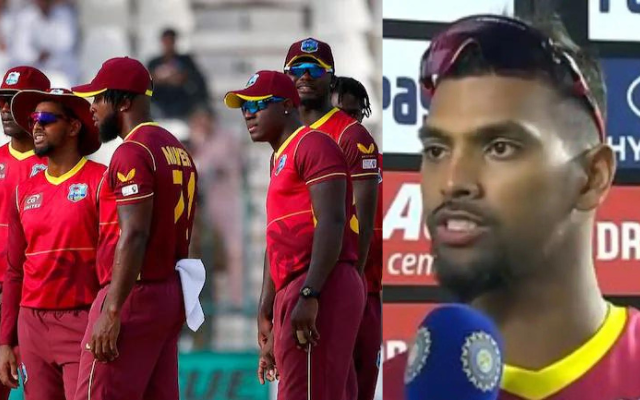 Nicholas Pooran, the captain of the West Indies, stated that after a “disappointing” series in Multan, he is looking forward to the forthcoming series against Bangladesh. This comes after the West Indies were swept by Pakistan in the one-day international series that consisted of three matches. Beginning on June 16, West Indies will play Bangladesh in a total of two Tests, three Twenty20 Internationals, and three One-Day Internationals (Thursday).

Pooran said that the series against Pakistan was an excellent learning opportunity, and he went on to say that he was particularly happy with his squad for the way that they approached the challenge. He lauded spin bowling all-rounder Akeal Hosein for his performance with the bat, as he topped the scoring in the last one-day international of the series with 60 runs off just 37 balls. “The results of the past two games were not what we had hoped for. We had a good performance as a team in the first game. In the future, it will serve as a model. We will get a great deal of knowledge from this series,” Pooran said.

The Multan Crowd are fans of excellent cricket, which is very much appreciated: Nicholas Pooran

Following the conclusion of the series in Pakistan, the West Indies captain praised the Multan audience for their enthusiastic support of a high-quality type of cricket. “Just a few more days till the Bangladesh series, and everyone here is quite excited about that. We just like the Multan audience because of how incredible they have been. It’s a really nice perk. They support excellent cricket,” he said.

The Duckworth-Lewis-Stern (DLS) method determined that Pakistan won the third one-day international versus the West Indies by 53 runs. The home team batted first and got off to a strong start, with the openers, Fakhar Zaman and Imam-ul-Haq, scoring 35 and 62 runs, respectively. Khushdil Shah and Shadab Khan saved the Pakistani innings with scores of 34 and 86, respectively, after the middle-order collapsed, which included the loss of captain Babar Azam for one, Mohammad Rizwan for 11, and Mohammad Haris for 0.

Pooran was the best of the West Indian bowlers, as he took four wickets while only allowing 48 runs over the course of his 10 overs. Pakistan scored a total of 269 runs throughout their innings.

In their pursuit of 270 runs, the West Indies lost wickets at regular intervals throughout the powerplay and were in a precarious position at 69/4 after 15.1 overs. Although Hosein provided some fight toward the conclusion of the innings, the Caribbean team was never able to really recover from the early loss they suffered. After bowling them out for 216 runs in the allotted 37.2 overs, Pakistan won the match and sealed the series by a score of 3-0.