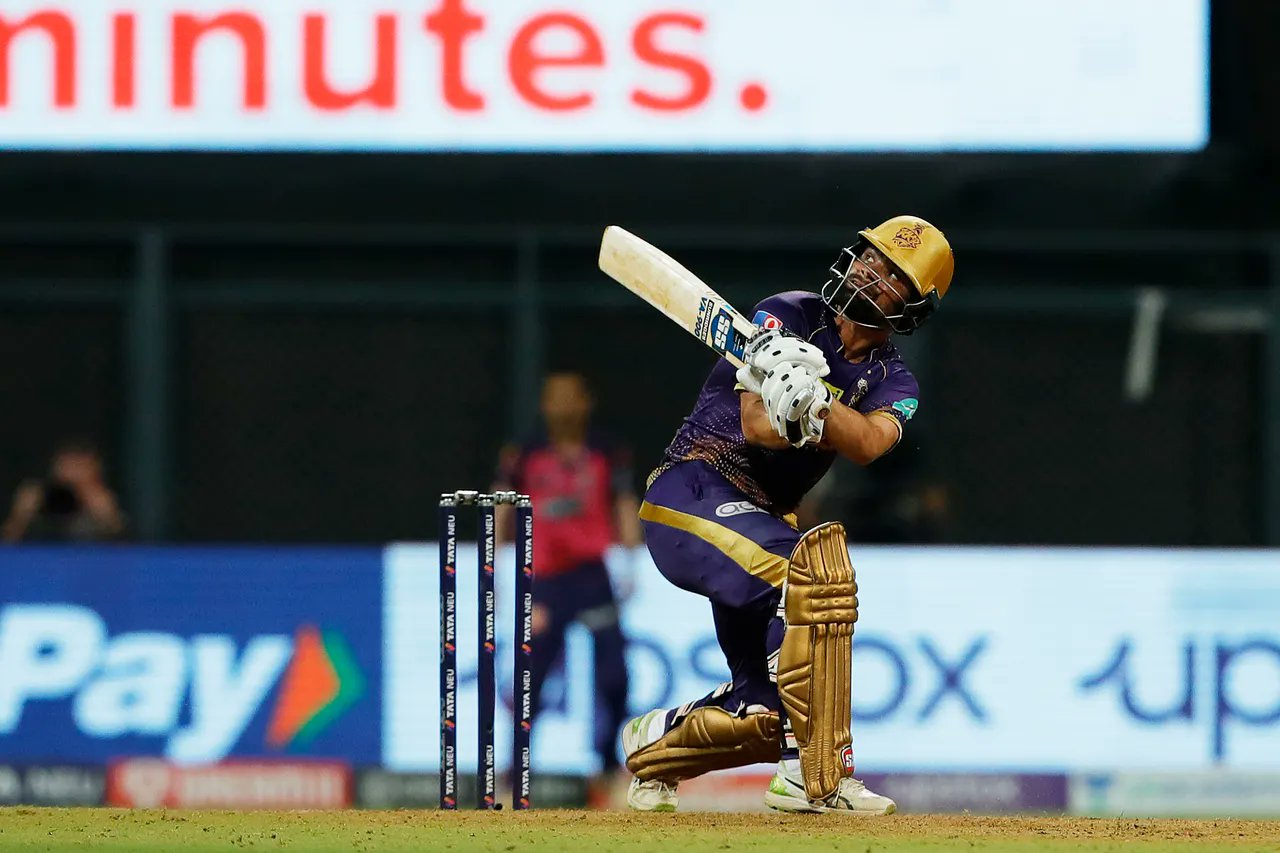 Rinku Singh had a memorable day out for the Kolkata Knight Riders in their game against Rajasthan Royals on Monday. During KKR’s chase of 153, he scored an undefeated 42 off 22 balls which included six fours and one six, accumulated quickly at a strike-rate of 182. In addition, he also took two catches during RR’s innings. KKR eventually chased down the target with five balls to spare, winning quite easily by seven wickets.

The Royals did everything right at the start of their defense, restricting KKR to 32 runs in the powerplay while making early inroads by removing their openers Aaron Finch for 4(7) and Baba Indrajith for 15(16). Nitish Rana and skipper Shreyas Iyer built the innings back with a 60-run partnership, and set up the match for KKR. When Rinku walked in after Shreyas was dismissed by Trent Boult in the fourteenth over, KKR needed 61 runs from 43 balls at a manageable run-rate of 8.3.

Together with Nitish Rana, who contributed handsomely to KKR’s win with his 37-ball 48, Rinku added 66-run partnership for the fourth wicket off just 38 balls. His most striking shot of the day was a paddle scoop off a 141 kph delivery from Kuldeep Sen, which sailed high over fine leg to land in the stands for six.

Rinku has played only three games so far for KKR, but played impressively in all of them. He’s only 24, but has been around in the IPL for some time having made his debut in 2018. This season he averages 50, after scoring 100 runs in only three innings and has been batting a healthy strike-rate of 149.

Really like Rinku Singh. Excellent in the field and showing a calm head in the chase.

So so happy for Rinku Singh. Deserves every bit of it! Was in smashing form for Uttar Pradesh and continuing it for KKR#IPL2022

For the first time in IPL, Rinku Singh is showing why he averages 64.08 in FC cricket and 50.50 in List A cricket.

His T20 record needs some work but someone who averages 60+ in FC should be batting 3 or 4 at the very least. Hope KKR go that way in coming matches! 👍👍

A really good knock this by Rinku Singh on a difficult pitch. Came in when the match was still stuck, but he got going straight away and took the onus of finishing the chase. Completely overshadowed Rana in the partnership. Rana scored 17(15) while Rinku added 42 (23).

In a season where 2 of the retained players have failed to perform, it is some solace that Rinku Singh looks good. Hope they bring back Varun soon. May be use his smartly. Hope KKR don’t repeat the Kuldeep episode. https://t.co/NhZlTs3IA7

So happy for Rinku Singh.
The Hussle he done for coming this level is way harder than anyone's imagination.
He is showing KKR that what they have missed.#KKRvsRR

‘At this rate, Aaron Finch will run out of franchises to represent’ – KKR opener mocked on Twitter for low score
‘Thank you for winning, thought we’d beat MI’s record’ – KKR fans on Twitter relieved with win after five losses