West Ham Vs Arsenal, Betting Predictions; Where To Watch? 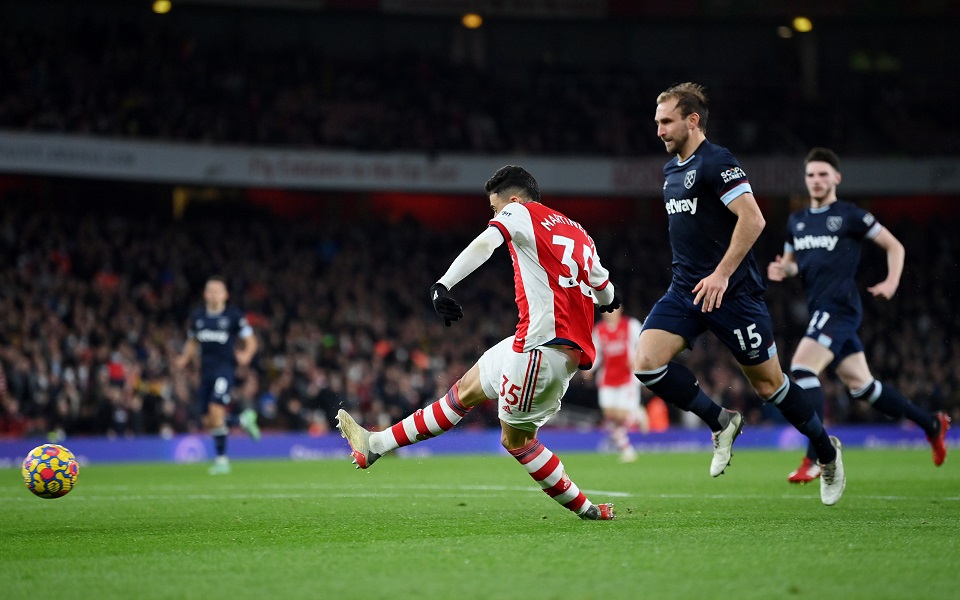 West Ham vs Arsenal: Where to watch?

Although Craig Dawson’s suspension, Angelo Ogbonna’s extended recovery period and Issa Diop’s ankle injury have significantly reduced Moyes’s choices in the centre of the defence, Kurt Zouma made a quicker-than-expected recovery to play the whole 90 minutes against Eintracht Frankfurt. Moyes’ lack of alternatives in that area means the Frenchman is unlikely to be rested, and Ben Johnson’s suspension might see him shift next to Zouma as Vladimir Coufal returns to the right-back position. Zouma was injured late in the game and required treatment.

As Moyes prioritizes the second leg in Frankfurt, Nikola Vlasic and Andriy Yarmolenko should also be evaluated for starting duties. In goal, ex-Gunner Lukasz Fabianski will take over for Alphonse Areola.

In terms of the Gunners, Arteta is allegedly expecting Bukayo Saka to be fit and healthy for the London derby, with the 20-year-old has returned to training with his teammates after his substitution against Manchester United on Saturday. Assuming Saka’s return, the Gunners’ only two absentees would be Kierney and Thomas Partey, with Takehiro Tomiyasu returning as a late replacement against the Red Devils. However, Arteta may be hesitant to bring him back into the starting lineup just yet.

Elneny has performed brilliantly in the absence of Granit Xhaka and should be given the nod once again. Arteta may also elect to use Gabriel Martinelli’s speed and directness against a West Ham defence that is on its heels.

Since the start of the season, no Premier League team has been able to prevent West Ham from scoring at the London Stadium, and that trend seems unlikely to come to an end tonight, with Arteta’s side still susceptible to the occasional defensive error. However, with the second leg of their Europa League semi-final on the horizon, a slew of changes may be anticipated from Moyes, and a rested Arsenal team that has cranked up the heat in the important games could pick up another critical three points.