West Ham Vs Frankfurt, Betting Predictions; Where To Watch? 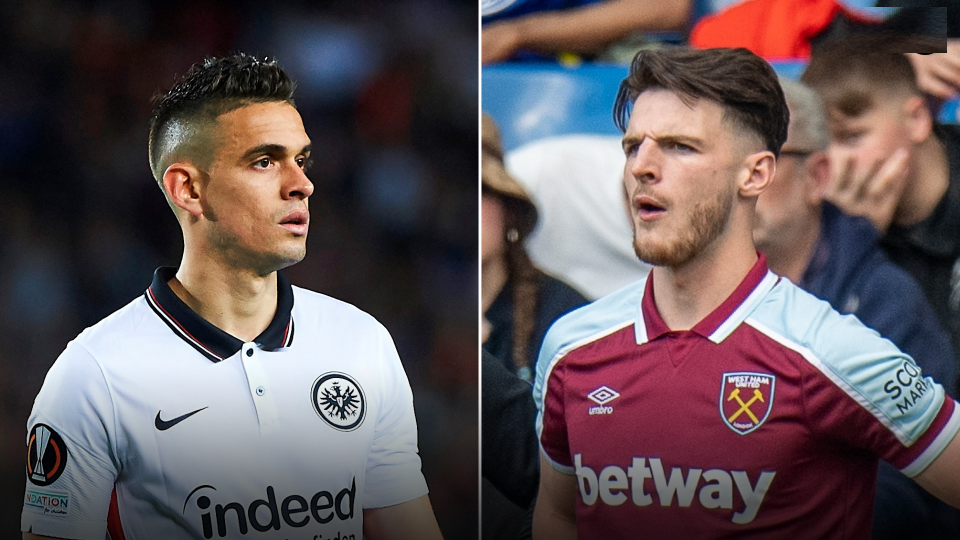 West Ham vs Frankfurt: Where to watch?

West Ham’s chances of qualifying for the Champions League have been hampered by a slew of injuries to their defensive players, with Issa Diop joining Kurt Zouma and Angelo Ogbonna on the sidelines most recently. After seeing his team come close to keeping a clean sheet against Chelsea at the weekend, Moyes is set to stay with a back three, with Ben Johnson and Aaron Cresswell playing either side of Craig Dawson in the middle.

Declan Rice, Jarrod Bowen and Michail Antonio are all expected to be called back into the lineup, with Alphonse Areola expected to start in goal.

Glasner will make at least two changes to his Frankfurt squad, as Evan N’Dicka and Kristijan Jakic are both suspended for the match. Djibril Sow is expected to return to the starting lineup in the middle of the field, with Makoto Hasebe most likely to play in the back three. Rafael Borre should keep his spot in the starting lineup even though he has only scored once in nine games, which came in the away leg against Barcelona.

Given the importance of this match for both teams, we do not anticipate either side going out with all guns blazing in the first leg of the semifinal. The two teams will be quite pleased with being on equal footing ahead of the rematch in Germany, which leads us to anticipate a low-scoring draw at the London Stadium on Saturday.