West Ham vs Newcastle Betting Predictions, Where To Watch?

West Ham vs Newcastle should be a good game with the hosts favourite to win this, though the visitors have started to show form since spending well in January. 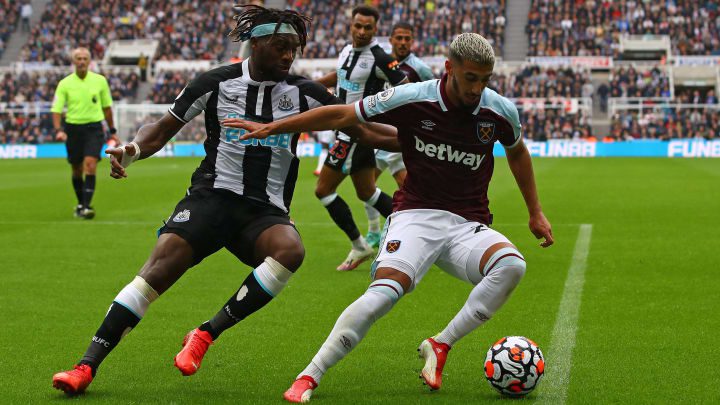 West Ham vs Newcastle United where to watch?

West Ham is still without the services of Angelo Ogbonna and Arthur Masuaku due to injury, but Kurt Zouma is expected to recover in time for Saturday’s match against Newcastle United. Moyes must decide whether to put Zouma back into the starting lineup immediately or whether to stick with Issa Diop, who began alongside Dawson in the heart of the defence against Leicester.

Despite suffering an injury against Leicester City, Jarrod Bowen should be ready, while Pablo Fornals and Manuel Lanzini are set to retain their places in the starting lineup despite the challenge from Said Benrahma.

Trippier will miss the game for Newcastle due to a fractured foot, while Javier Manquillo, Federico Fernandez, Isaac Hayden, Matt Ritchie, and Callum Wilson will all be out due to injuries. Jamaal Lascelles, who missed the earlier match due to sickness, is expected to return, which might result in the visitors switching to a back three, with Targett, who was unable to face his parent club last weekend, returning to the team at wing-back.

Despite his high-profile January arrival, Guimaraes is set to start on the bench once again, with Jonjo Shelvey, Joe Willock, and Joelinton all excelling last time out. If the team opts for a 3-5-2 shape, Wood and Allan Saint-Maximin are slated to start as the front two.

Make no mistake, this will be a very tough game for West Ham, as the Magpies have significantly improved since their last outing. Until a few weeks ago, the Hammers would have been confident of winning this match quite handily, but we believe that Howe’s team will come away with a point at the London Stadium on Saturday.