West Ham vs Southampton Betting Predictions, Where To Watch

West Ham vs Southampton will be a good game between two sides, with the home side favourites to win. 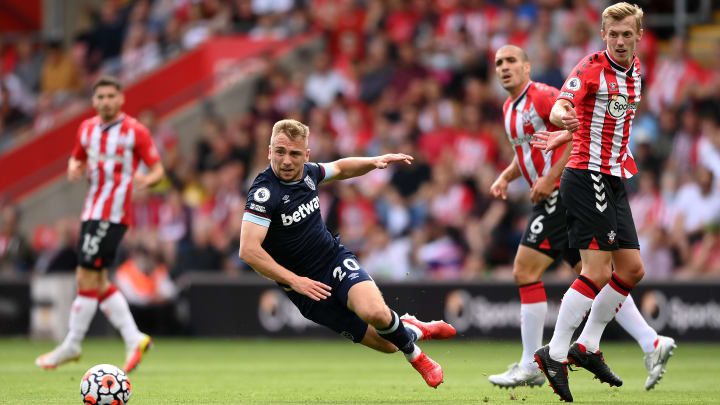 West Ham vs Southampton where to watch?

Antonio’s participation for West Ham is contingent on two negative Coronavirus tests later this week, but even if he is eligible for selection, he may not be risked right away. Andriy Yarmolenko, who has only made one start in the Europa League this season, might be given a chance in the centre, while Pablo Fornals and Sead Benrahma will also want to play after being relegated to the bench in midweek.

Following their suspensions, Vladimir Coufal and Ben Johnson are slated to fill the full-back spots.

Despite taking some positives from the 2-2 draw against Crystal Palace, Hasenhuttl will make a few changes.

If Willy Caballero has completely recovered from his injury, Fraser Forster might replace him, while Theo Walcott could be restored to the right-wing.

Despite the disparity in league standings, everything indicates that this will be a competitive game. Southampton will like their chances of creating issues in the final third, but we believe West Ham will fight their way to a hard-fought victory.