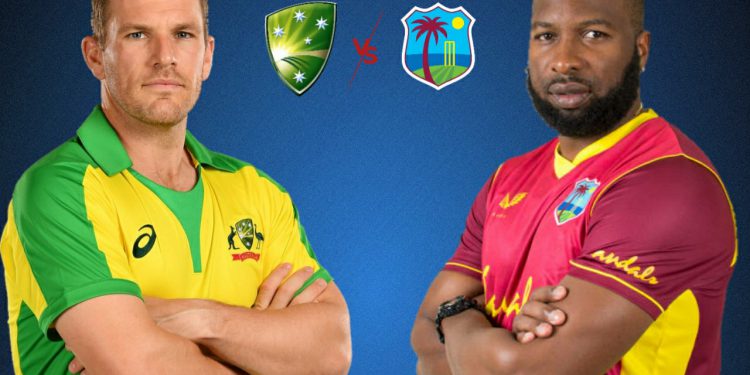 Australia vs West Indies 3rd T20 match will be played on 13th July 2021 at Daren Sammy National Cricket Stadium, Gros Islet, St Lucia. The first match which was held on 9th July, was won By Windies by 18 runs and the also by 56 runs. Australia has lost the T20 series but will take the field with a new spirit and will try to defeat West Indies in 3rd T20 match. Check out West Indies vs Australia 3rd T20 Live Telecast, Watch live streaming match.

After all the years disappointing performances by West Indies, it swept off the first two matches against Australia by a phenomenal performance. Check out 3rd T20 Preview, Prediction, pitch, and weather Report, Teams Squad, TV Channels, Where to watch Live Streaming here.

In the first T20I match, Australia won the toss and was elected to field first. Coming to bat, West Indies lost a few early wickets but Lendl Simmons and Shimron Hetmyer handled the innings and scored 27 runs and 25 runs respectively. Andre Russell played a great cameo and took his team to a good total of 145 runs. In the second T20 AUS won the toss again and chose to field. However, they were beaten by Windies by a score of 56 runs.

The Daren Sammy National Sports Academy is a batting-friendly surface and is expected to assist the batters once again here. Pacers might get some help towards the latter half of the match while spinners may come in handy in the middle overs. We should hope very high scoring match at this venue. Average of 160 runs made so far at this venue.

The Fan code app is available at Google Play and App Store. People can simply log in to the Fan code site. It is a paid OTT service. Users need to buy a Tour Pass worth 49 rupees to watch live streaming of Australia vs West Indies match. Australia vs West Indies 2021 cricket series will be live telecast on Fox Sports in Australia and Flow Sports in Caribbean. Complete details of Broadcasting TV Channels rights and Live Streaming are recorded below: