What did Jos Buttler just do this IPL season? 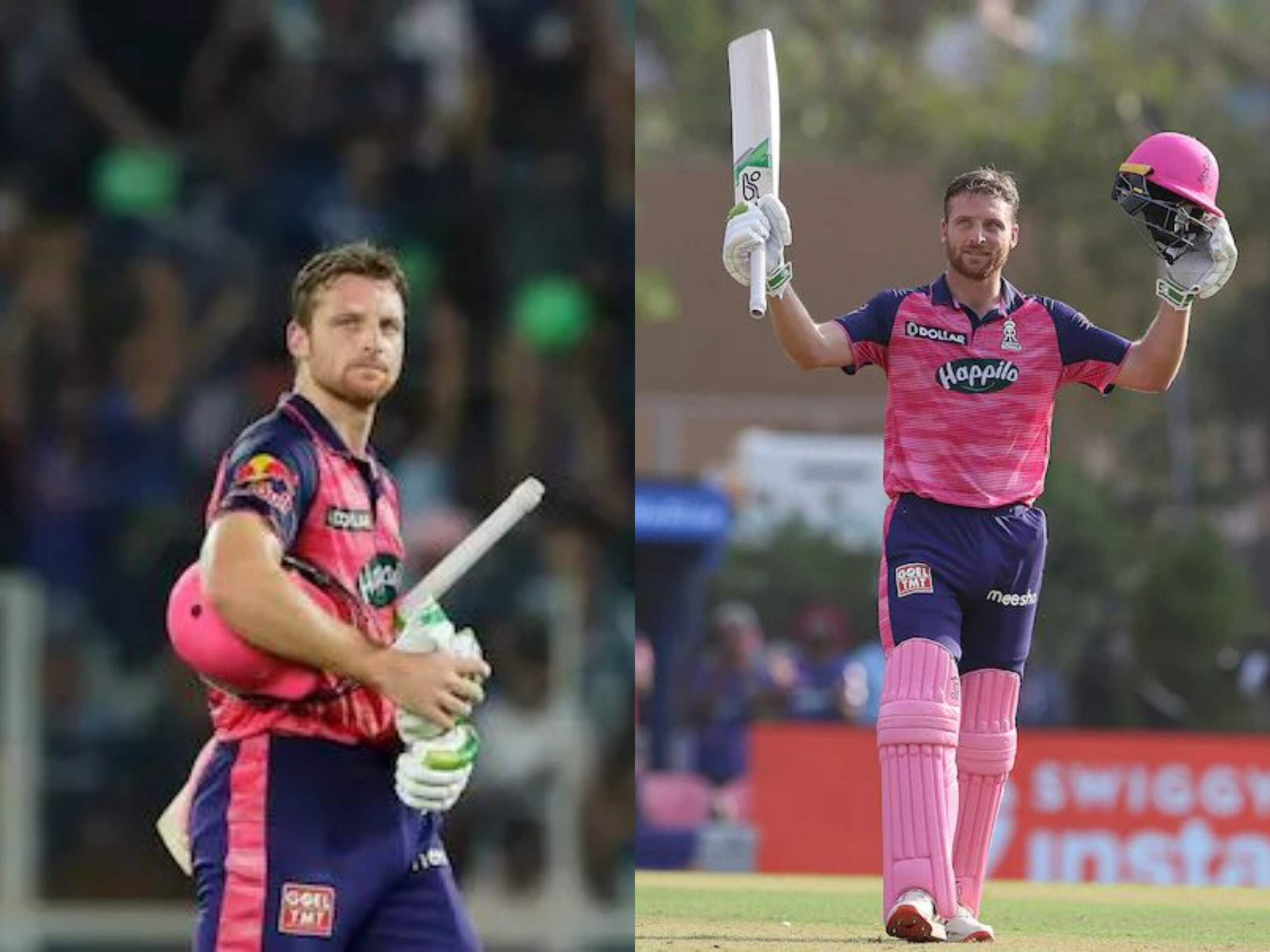 IPL 2022 has witnessed one of the most remarkable purple patches for any player in the league’s history. Jos Buttler has sent records tumbling in his most fruitful season ever, making him one among the most successful batters ever to play the tournament. He’s scored a historic 863 runs this year averaging 57, while batting at a strike-rate of nearly 150. Let’s take a look at some of his accomplishments.

1. Joint-most hundreds in a season, and second-most overall in IPL

Jos Buttler hit four hundreds this season, equaling Virat Kohli’s record during his dominant 2016 season. The first came against Mumbai hundreds in their second game of their tournament, an even 100 off 60 balls. Buttler also became only the second player in IPL history to hit two tons back to back, after Shikhar Dhawan in 2020. He scored 103 against Kolkata Knight Riders followed by 116 against Delhi Capitals, both first-innings knocks that took the team totals in excess of 200, and the Royals went on to win both games. The fourth century, and perhaps the most special of the lot was against the Royal Challengers Bangalore in Qualifier 2. Buttler came good in a crunch-match, and his unbeaten 106 took the Royals straight through to the final.

2. Second-most number of runs in an IPL season

This season, Jos Buttler became only the third player in IPL history to cross 800 runs. The first, of course was Virat Kohli’s 973 for RCB, who were the runners-up in 2016 and that still looms as a record unlikely to be broken any time soon. That same year, David Warner scored 848 and went on to lead SRH to their maiden IPL trophy. Likewise, Buttler was instrumental throughout the tournament in leading the ROyals to their first final since they won the trophy fifteen years ago. He crossed 800 runs despite facing a mild slump in the latter half of the tournament, where he averaged only 22 from the last six games of the group stage.

England players have had a tumultous relationship with the IPL across the last two seasons. This year saw Ben Stokes, Alex Hales and Jason Roy withdrawing from the tournament before and after the auction. Australian batter Shaun Marsh was the first to win it in 2008. Chris Gayle became the first West Indies player to claim the laurel in 2011, while 2018 saw Kiwi skipper Kane Williamson taking it home for New Zealand. Buttler’s 863 is also the most number of runs scored by any England batter in the league, far ahead of the next best, Jonny Bairstow’s 445 for Sunrisers Hyderabad in 2019.

In the 19 innings he played this year, Buttler has broken Virat Kohli’s record for most fours in an IPL season, just passing Kohli’s 122 in 2016. The next on the list is 119 fours by David Warner, also occurring in the 2016 edition. Along with thie 124 boundaries, he has also hit 45 sixes.