‘What Justification Do You Have For That?’- Rashid Latif Questions One Team Selection Decision Of Babar Azam 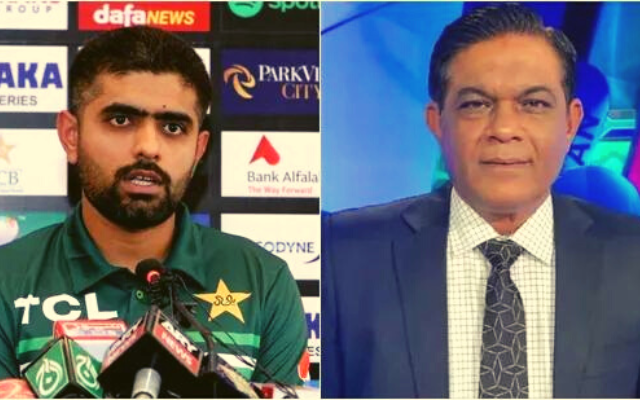 In the first one-day international match of the series, which took place on Wednesday in Multan, Pakistan prevailed over the visitors from West Indies by five wickets. During Pakistan’s successful completion of the 306-run chase, Babar Azam hit an incredible century (103), Imam-ul-Haq and Mohammad Rizwan scored half-centuries, while Khushdil Shah stayed unbeaten on 41 while playing a fast knock. All of these players contributed to Pakistan’s victory.

However, some of the Pakistan cricket community have voiced their disapproval over the decision not to include Shan Masood in the team that would compete against the West Indies. Rashid Latif, who played wicketkeeper and batted for Pakistan in the past, has also voiced his disapproval of the decision to leave Masood off the squad. He went on to say that it wasn’t a good look when Mohammad Haris, who made his debut in the first one-day international, was played in the middle-order despite having performed as an opener in the Pakistan Super League.

“During the press conference held before the match, Babar Azam had said that he is not a middle-order batter but rather an opener. The next day, though, Haris is promoted to the middle order as a result of his performance in the T20 match. I didn’t enjoy it. I truly felt horrible,” Latif stated on the official channel he maintains on YouTube.

Rashid Latif talks about the selection of Harris

Latif spoke more about the selection of Haris, and he also complained about the exclusion of young wicketkeeper-batter Haseebullah, who is performing regularly in Pakistan’s domestic circuit.

“Every single person is a part of it. The committee in charge of choosing a squad always decides the starting eleven players before making any further decisions. This indicates that Haris is already on the team. I don’t understand it. From what I’ve observed, Haseebullah is doing an excellent job for Balochistan, and he maintains his position. In the U19 competition, he scored two centuries. Do players from Balochistan not have the legal right to compete?” said Latif.

“On the one hand, you are arguing that Shan Masood is unable to perform his role in the middle order. On the other side, you have a batter in the middle-order who was effective as an opener in the Pakistan Super League. What justification do you have for that?” Latif added.