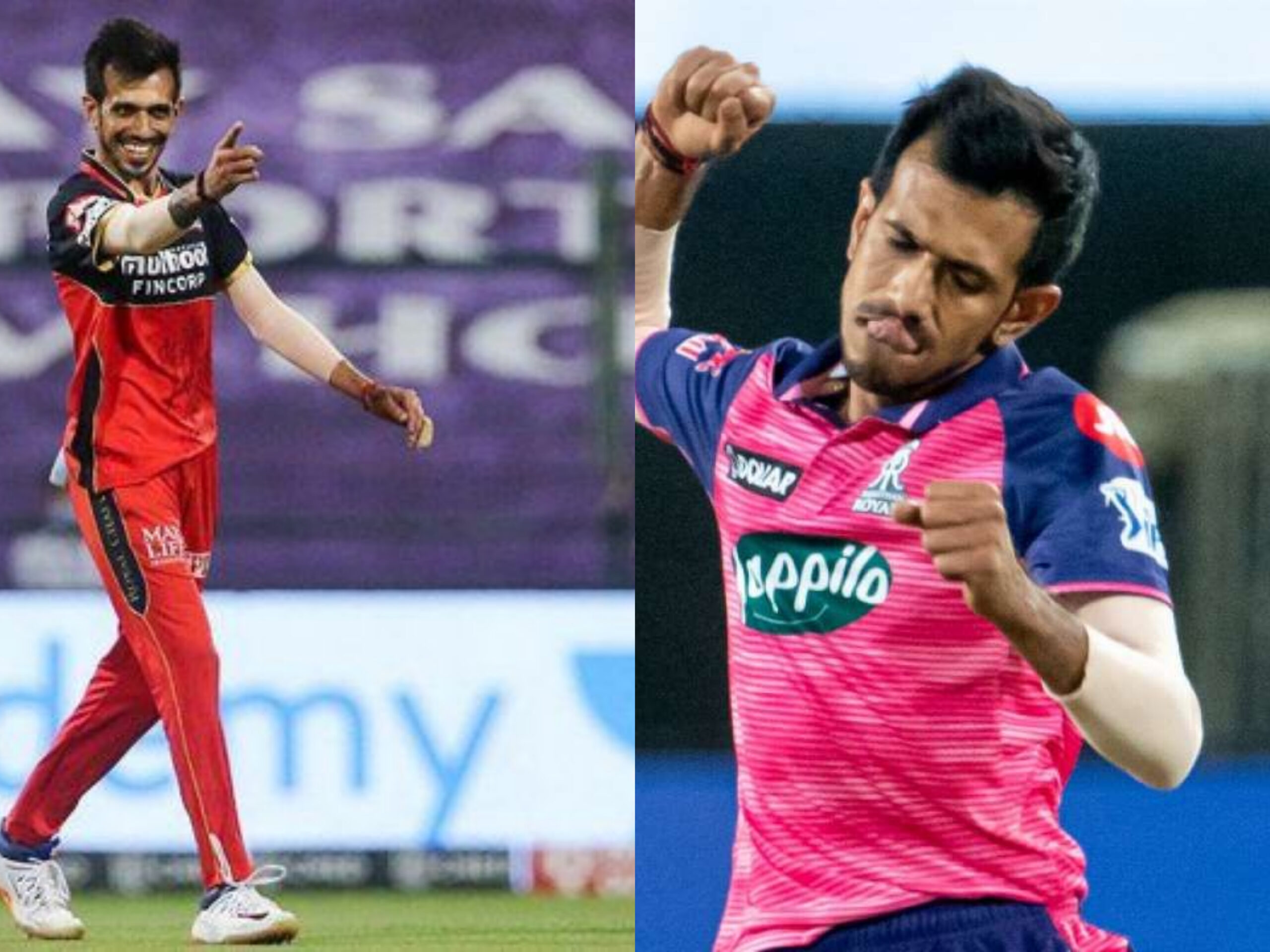 Yuzvendra Chahal turned out for Rajasthan Royals against his former team Royal Challengers. It was a bittersweet moment for RCB fans, because though RCB eventually won the game, Chahal bowled exceptionally well for his two wickets and conceded only 15 runs.

Chahal was the only bowler who was able to put the brakes on RCB’s strong opening stand, with the two openers having put on a partnership of 55 by the seventh over. Chahal removed RCB skipper Faf du Plessis when he was introduced after the powerplay. Faf had been batting confidently till then for his 29 from 20, but misread a dipper and the catch was taken by Trent Boult.

When Chahal returned in the 9th over, he bowled David Willey through the gate to send the Australian back for a duck, taking his second and final wicket of the match. But the true moment of heartbreak for RCB supporters was when Sanju Samson and Chahal ran out Virat Kohli off the previous ball – Chahal collecting and breaking the stumps with Kohli just a hairsbreadth behind the line. Kohli had to go after making 5 off 6, and his difficult run continues.

Chahal’s celebration was subdued, almost somber. Instead of pumping his fists while flashing his usual bright, toothy grin, he seemed to be almost sad at reducing his former team to 62 for 4 at the end of his second over. When Dinesh Karthik and Shahbaz Nadeem were launching their late-innings assault, they recognised and respected Chahal’s skill and played his final over out cautiously without risks. They discriminated little between the pace bowlers, however, and not even R Ashwin was spared. RCB smashed 87 runs from the last 25 balls.

Chahal was purchased by RR at the IPL auction this year for 6.5 crores, a bargain considering the hefty value he adds to their bowling attack. After spending eight highly successful with RCB playing under Virat Kohli, Chahal was not retained and moved to RR. He admitted that he would have loved to continue with RCB, and has shown them unswerving loyalty over the years, but it was the franchise’s decision to move on.

RCB supports had mixed feelings about three of their former players, each a success story in their own right – Chahal, Devdutt Padikkal, and Navdeep Saini – competing against them as part of RR. They got the best of both worlds, however, with all three players putting in good performances, but RCB was the one who managed to edge over the line in the end.

When your ex comes back to haunt you! 😜

Nothing is more satisfying than watching Yuzi Chahal perform well against RCB. That franchise never respected him , didn't even retain him despite his match winning performances for them. Karma strikes.

Excellent spell champion, excellent!
Players who played you in the nets for years still couldn’t pick you.
You are a LEGEND! @yuzi_chahal #IPL2022

Lost a diamond @yuzi_chahal in pursuit of gold @Wanindu49 . Really funny how he was over hyped. Look at the difference @RCBTweets