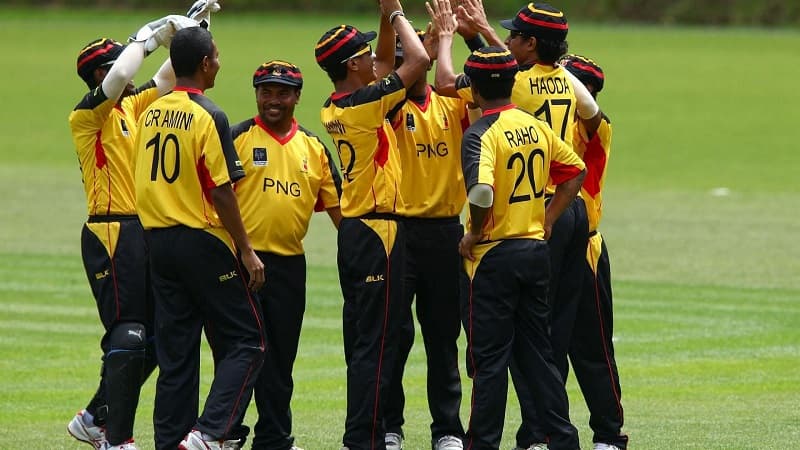 The Scottish Cricket Team will take on Papua New Guinea on 19 October 2021 Tuesday at 3:30 PM in The Al Amerat Cricket Ground Oman Cricket in Oman. It’s the 5th match of the 2021 T20 World Cup and the 3rd match of group B which includes two other teams Bangladesh and Oman. Check Where to Watch ICC Men’s T20 World Cup 2021, 5th match Scotland vs Papua New Guinea Live Streaming?.

All four teams will be fighting to finish in the top two to qualify for the super 12 and continue their journey further in the League. Teams will be playing their second matches so they will be having an Idea of the ground and situations, so we can expect a thriller.

The Scotland national cricket team represents the country of Scotland. The team of Scotland is administered by Cricket Scotland and became an Associate Member with ODI status in 1994. Scotland currently stands at 15th position in ICC World T20 Rankings. Scotland has also played in every ICC Intercontinental Cup tournament, winning the inaugural edition in 2004.

Where to Watch Scotland vs Papua New Guinea Live Streaming?

Overseas, Matches and updates will be Telecasted on various channels. The channels which will cover the event are Fox sports will telecast in Australia, Sky Sports in the United Kingdom and New Zealand, Willow TV in the United States, beIN Sports in Middle East countries, ATN PPV in Canada, ESPN in Caribbean countries, and PTV in Pakistan.

The matches will be live-streamed on Hotstar Over the top(OTT) platform Disney plus Hotstar Mobile app. The app can be downloaded from the play store and app store. The app requires an active internet connection and requires you to register yourself and pay the subscription fees to enjoy endless streaming.

The Pitch at Amerat Cricket Ground Oman Cricket is a bowler-friendly pitch. It’s tough to score runs here and the team bowling first has an upper hand in the match. The decision of the toss-winning team will be very crucial and should be taken wisely.

You can stay updated with match scores and stats will live score features. All the live scores and updates will be displayed on our site and you can check the updates here.

Prediction and Head to Head

Both the team have faced each other 4 times in T20 Cricket and Scotland has won all of them, twice while batting first and twice while chasing. It will not be difficult for Scotland to register their win over Papua New Guinea. Both ranks and stats are in their favor. Let’s hope for an exciting match.

Squads for the Tournament