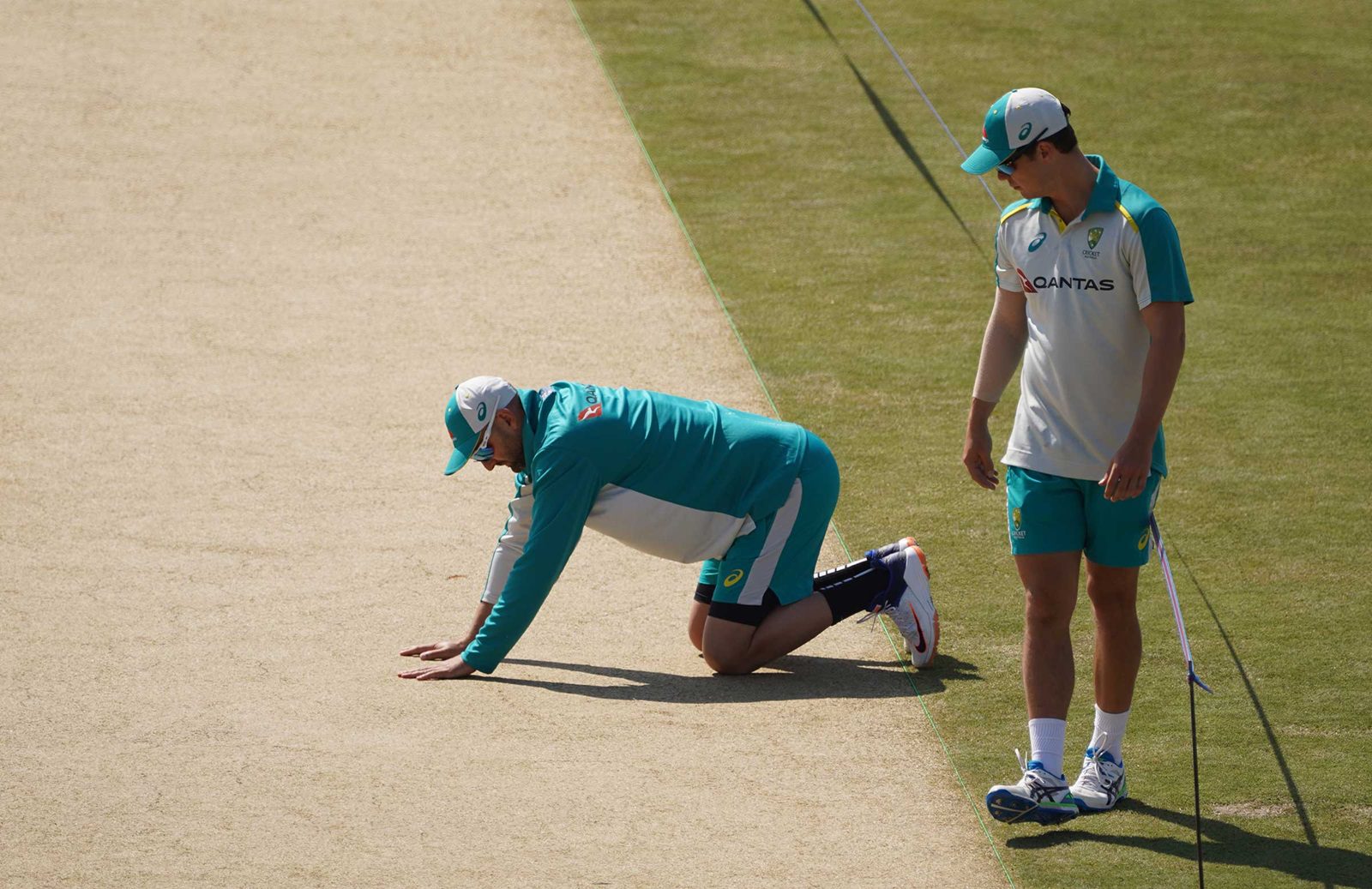 Barring a miracle, the opening Test between Pakistan and Australia at the Rawalpindi Cricket Stadium is heading towards a draw. After the hosts declared their first innings at 476 for the loss of four wickets, the Aussies were bowled out for 459 runs. With around 90 overs left in the game, it’s nearly impossible to enforce a result from here on.

Earlier, former Aussie skipper Steve Smith came down hard on the nature of the strip in Rawalpindi. The 32-year-old termed the track ‘dead and benign’ and said that it had very little for the fast bowlers to work with. Smith said the pitch provided assistance to the spinners, but wasn’t a sporting one by any means.

“It’s pretty benign. There’s not a great deal of pace and bounce in it for the seamers. I think the spinners have offered a little bit. When you hit the right length, there’s been a little bit of natural variation and you know, when you get it out a bit wider into the rough I think there’s a little bit there as well. But yeah, pretty benign, dead wicket,” Smith was quoted as saying.

Smith scored 78 runs off 196 balls with the help of eight fours before Nauman Ali dismissed him. Mohammad Rizwan took a sharp catch behind the wicket to end Smith’s stay in the middle.

Nauman, meanwhile, went on to get a six-wicket haul. Usman Khawaja and Marnus Labuschagne also scored in the 90s. David Warner also scored a well-made half-century.

For Pakistan, Imam-ul-Haq and Azhar Ali made hay. Former skipper Azhar top-scored for them with 185 runs from 361 balls. Imam, on the other hand, laid the platform with a 157-run knock while opening the batting for the hosts.

In the meantime, the fans are pretty disappointed with the character of the deck in Rawalpindi. The netizens reckoned that a better surface should have been dished out for the match. The people expressed their agony and disappointment on Twitter.

Melinda Farrell reacted with disbelief, and perhaps even nostalgia…

Wickets falling. It's like greeting a long lost friend. #PAKvAUS

Another user pointed out the hypocrisy of pitch criticism in the sub-continent.

Are there any tweets out yet from experts criticizing the Rawalpindi's lifeless pitch?

Or are these criticisms reserved for Indian decks, where at least both sides get a chance at results! #CricketTwitter #PAKvAUS #WTC23

Nauman Ali’s 5-wicket haul was lauded as a feat achieved against the odds.

Fifer on this flat pitch. Nouman Ali deserves all appreciation.#PAKvAUS

Another user even suggested that the Rawalpindi pitch has better infrastructure than one of Melbourne’s streets.

The rawlpindi test #PAKvAUS is a better road than anything @VicRoads has produced. Case in point Melbourne Lancefield Rd. That's a disgrace and has been for 20yrs. But let's put 60km signs up as we can't fix it.

But overall, fans were resigned to the inevitable draw…

The Aussie team toured Pakistan after 24 years. Preparing the Rawalpindi pitch, we've told them not to come back for another 50 years. #PAKvAUS #Dead #Benign

What a shame that we took 13 wickets in one day on the pitches of Bangladesh but could not take 10 wickets in two days on our pitches.#PAKvAUS #AUSvPAK