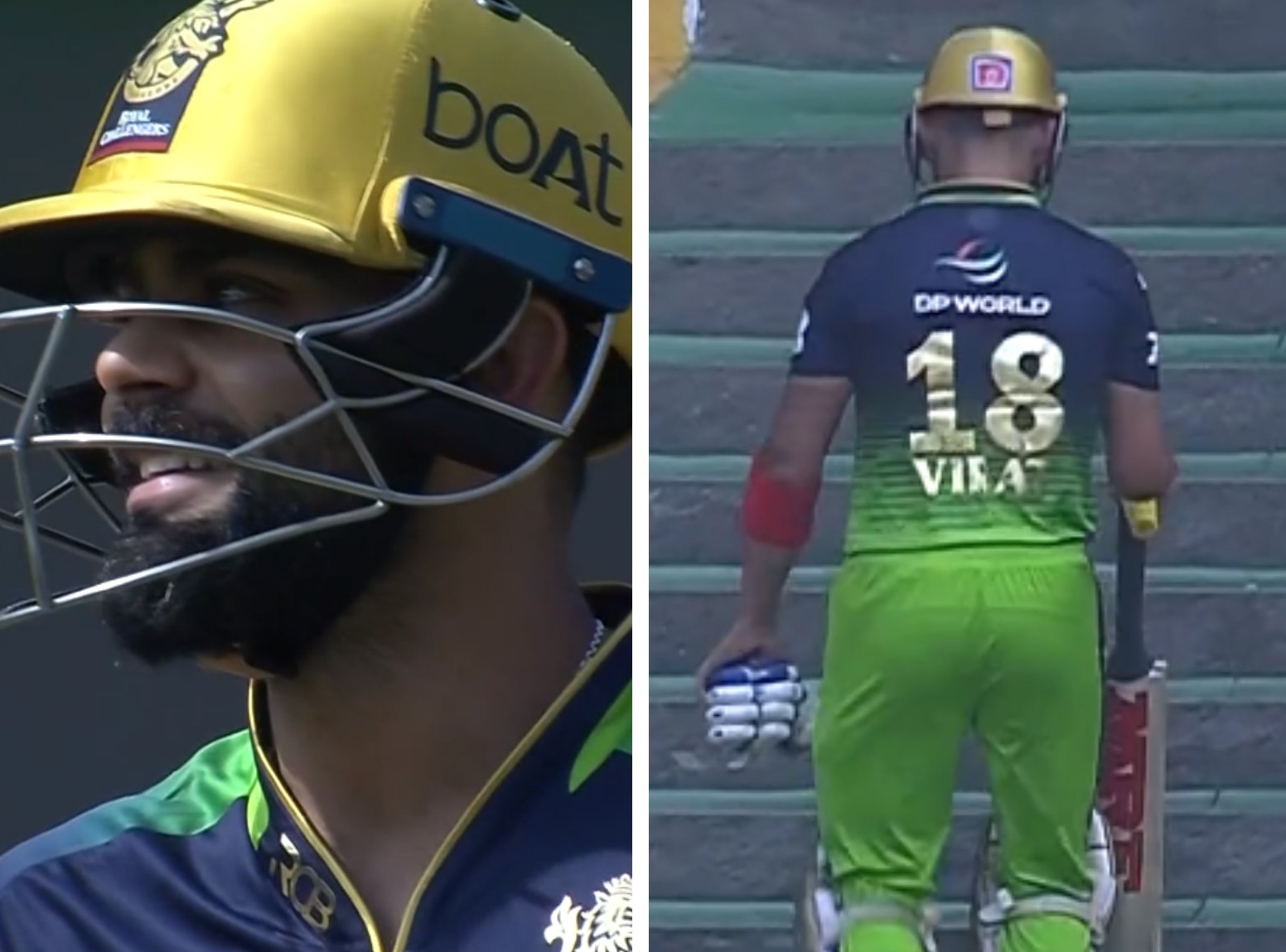 Virat Kohli seems to have no end to his run of poor form and luck. In the Royal Challengers Bangalore’s game against Sunrisers Hyderabad on Sunday afternoon, he registered his third golden duck of IPL 2022. Since he was the opening batter who took strike for the first ball, RCB lost a wicket first ball of their innings and Kohli had to walk back with his team on 0-1.

Faf du Plessis won the toss and decided RCB would bat first. Jagadeesha Suchith, coming in for Shreyas Gopal was tossed the ball for the opening over with Kohli on strike. A full, gentle delivery landed around the pads, Kohli tried to flick it toward the leg side but couldn’t control the elevation and it landed right in the hands of Kane Williamson at midwicket.

Two out of Virat Kohli’s three golden ducks this season have come at the hands of Sunrisers Hyderabad. Last time, he edged a Marco Jansen delivery that was pitched outside off to second slip and was part of RCB’s humiliating 68-run collapse.

Including today’s game, the former India skipper has 216 runs from 11 matches, averaging 21 while striking at just over 110. He has one fifty that came against Gujarat Titans, but he took 53 balls to score 58 and his slow strike-rate of 109 was criticized.

Would love to know what RCB were smoking when they planned to have a top 3 of Faf, Rawat, and Kohli.

What makes this bizarre is they were proud of it.

I can't look at Virat Kohli like this anymore. This is so heartbreaking, painful. pic.twitter.com/VjBMhbi3Hf

Prayers for anyone who spent their hard earned money to watch Kohli bat this season and accidentally blinked or sneezed for a second.

Kane Williamson, get up in the morning, smile, make life miserable for Kohli, smile, go to sleep.

Turned on the tv to see what his score is, must be smashing them everywhere

I am Virat Kohli fan i don't have Disney Plus Hotstar subscription I enjoy his batting in those free 5 minutes complementary access.#RCBvSRH