‘With even 25 runs less, will back our bowling to defend’ – GT skipper Hardik Pandya after victory over DC 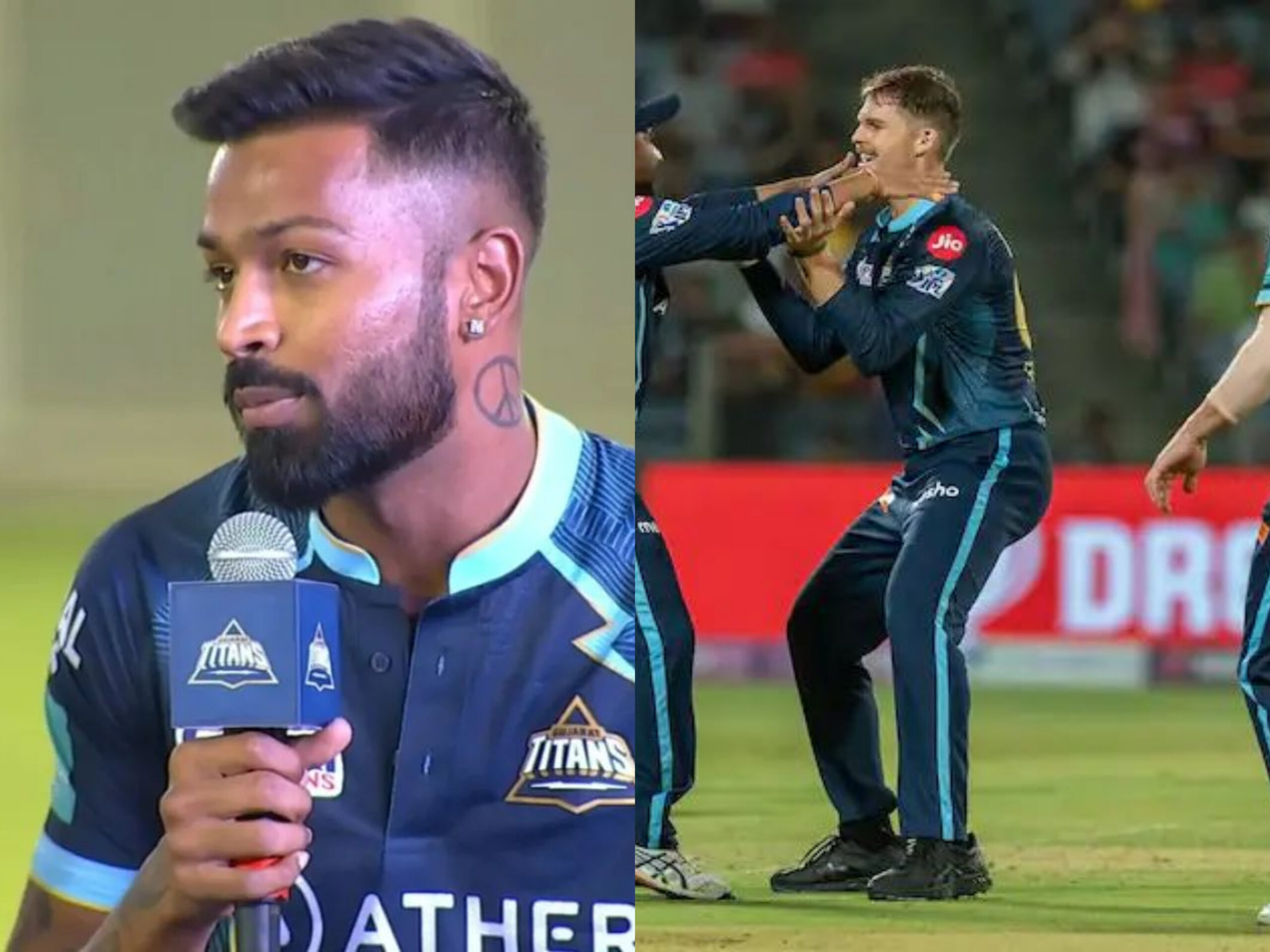 Gujarat Titans have won their second game in a row, by 14 runs against Delhi Capitals at Pune on Saturday. This was the first game of the IPL to be played at Pune, and it only the third game of the season where a target had been successfully defended. Skipper Hardik Pandya was elated with his team’s all-round performance.

GT put 171 runs on the board, carried by Shubman Gill’s exceptional 84 off 46 balls at the top of the order. It was the 22-year-old’s highest ever IPL score. David Miller and Rahul Tewatia’s cameos at the end helped boost the score as well. Hardik had high praise for his young opener ,saying, “Shubman was fantastic, this is the Shubman we want to see. With the way he’s batting, he brings confidence to all the batters.”

With 200 plus targets being chased easily over the last few games, 171 looked below par. But with GT’s potent pace-bowling line-up and the dew not being in play for the first time away from Mumbai, the defending team had a real chance. Hardik would have liked extra runs on the board, but backed his bowling to come through. “Might be 10-15 runs short but with the kind of bowling we have, can get 25 off the total too. The plan was simple, to restrict Delhi, had to focus and get wickets.”

Hardik Pandya felt that Lockie Ferguson’s over changed the game

Lockie Ferguson’s over in the 14th turned the match on its head. DC skipper Rishabh Pant, who had been batting well for his 43 off 29and was looking to take the game home, was completely beaten by a 145kph zipper. He miscued a pull and holed out to square leg. Axar Patel edged one later in the over, and suddenly DC were 6 down needing 45 from the last five.

Hardik recognised that over as the turning point, saying, “there was a point when i felt Delhi were ahead, that over from Lochi when he got Rishabh and Axar changed everything. He changed the momentum, that Lockie over won the game. till Risabh was there, the game was evenly balanced, maybe even toward their side. We had to take wickets.”

Pacer Varun Aaron bowled only one of his quota. Surprisingly, the last crucial overs of the chase were handed to Rahul Tewatia and Vijay Shankar, and despite going for runs, GT still edged ahead. “Varun [Aaron] missed out, he felt [an injury], something happened to him,  we were one bowler short. We had to finish on the 19th over. Yes I had to use some brains, Tewatia and Vijay showed up and did well. They were not prepared, not told they had to bowl but they stepped up and eventually helped us win the game.”

GT will want to look into their middle order, but have several positives arising from their performance. GT have two wins from their two games and are third on the points table. Delhi Capitals will have to reflect, and find answers for Prithvi Shaw at the top. Aside from a 61-run partnership between Pant and new find Lalit Yadav, they never looked like they were in the game at all.

Chennai Super Kings Vs Punjab Kings, Betting Predictions; Where To Watch?
‘Tried whatever we could to get Buttler out’ – Rohit Sharma humbled after MI’s 23-run loss to RR