Wolves Vs Manchester City, Betting Predictions; Where To Watch? 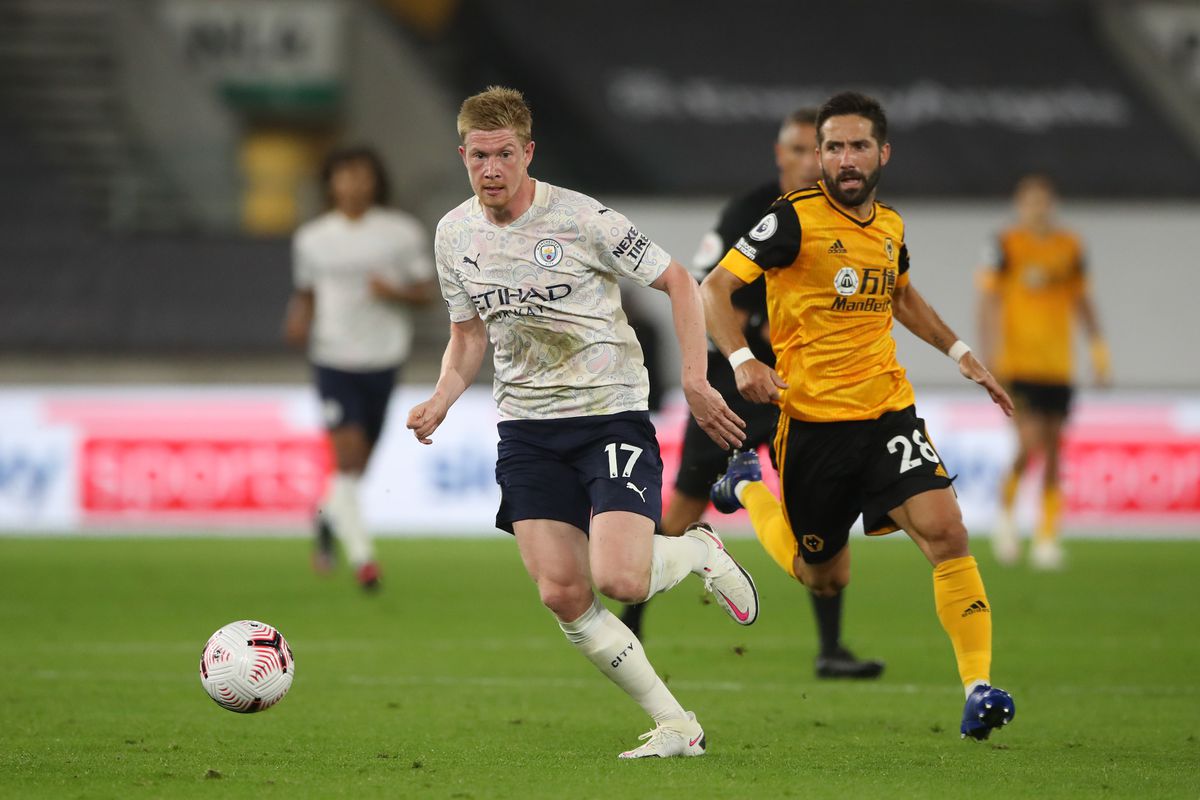 Wolves vs Manchester City: Where to watch?

While Daniel Podence should recover from his ankle injury in time to play against Manchester City on Wednesday, the Portuguese will probably be unable to make the trip to the Etihad Stadium in time. Even though Maximilian Kilman and Nelson Semedo are both still in the treatment room for the hosts, Lage – who will be hoping to return from COVID-19 – should have trust in Romain Saiss despite his dismal performance against Chelsea at the weekend.

Even though Chiquinho is pressing hard for a starting spot after his game-changing cameo against Chelsea, Trincao has also placed his name in the hat as Pedro Neto is expected to be relegated to the substitutes’ bench.

Meanwhile, City manager Pep Guardiola will have to deal with a defensive crisis for the next couple of weeks after announcing that Kyle Walker, John Stones, and Ruben Dias will all miss the final three games of the season due to various injuries – the latter of whom was substituted at half time against Newcastle.

Considering that Nathan Ake is also out with a sprained ankle, Laporte may be the only fit centre-back available to Guardiola this week. This will almost certainly result in Fernandinho making his return in the heart of the defence, with CJ Egan-Riley and Luke Mbete preparing for the possibility of being thrown into the fray.

It is not necessary for the champions to be concerned about their midfield or attack, as Riyad Mahrez and Bernardo Silva may both return to the starting lineup after taking a break over the weekend.

A backline of Fernandinho and Laporte remains a dependable duo for Manchester City, although Wolves are no longer the same defensive force that came within inches of shutting out the champions at the Etihad Stadium. It is just the Premier League crown that Guardiola’s team has left to fight for this season, and they have been in completely merciless form at home, which will no doubt help their chances of success against a Wolves side whose inconsistency at Molineux should be a problem once again.