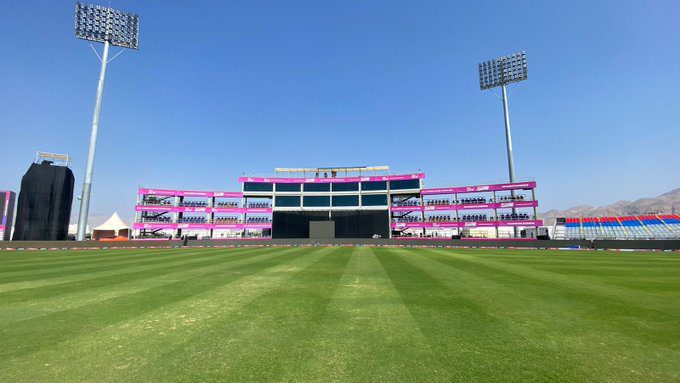 World Giants started their campaign on a sour note with a defeat against Asia Lions. However, they bounced back in style to defeat India Maharajas followed by revenge over the Lions in the previous game to grab the second spot. They have almost secured their place in the finals and should either win or avoid a big loss in this match to confirm their spot.

On the other hand, India Maharajas are standing at the bottom spot in the LLC 2022 points table having lost two of their three games. They started the season on a positive note, but then suffered two consecutive defeats. This is now a must-win game for the Maharajas who come into this match on the back of a 36-run defeat against the Asia Lions.

The surface at Al Amerat Cricket Ground Oman Cricket (Ministry Turf 1) is ideal for batting. There might be some help initially for the pacers but the batters will dominate as the game progresses. The team winning the toss would most probably opt to chase first.

The weather in Oman is predicted to be sunny on 27th January. There are no chances of precipitation with the humidity being around 50% and wind speed at 18 kmph. The temperature at the venue might hover around 24 degrees celsius.

India Maharajas will be under pressure as it is a do-or-die situation for them. Whereas, World Giants are inching closer towards the final and are also looking in great touch. We are backing the Giants to come out on top in this match.

The match between World Giants and India Maharajas will be streamed live on the Sony Sports Network, Sony LIV, and Jio TV.