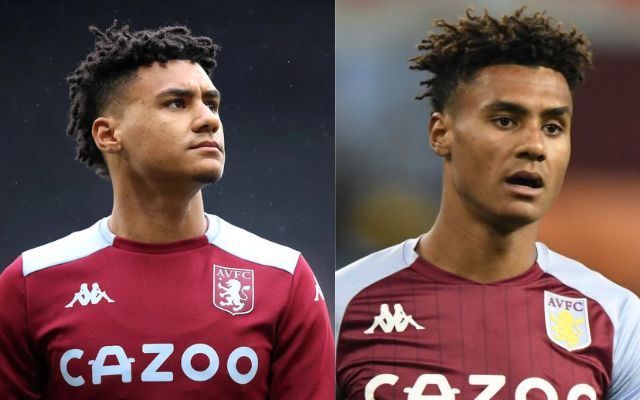 A well-known and highly-respected journalist has said on Twitter that both Leeds and Crystal Palace are keeping an eye on the issue involving striker Watkins, who now plays for Aston Villa.

According to Jacobs, the manager of Villa and the striker do not have any issues, and Jacobs has stated that the players on the team are not worried about the situation.

In light of recent events, we believe it is very improbable that Aston Villa would trade Ollie Watkins to either Leeds United or Crystal Palace during the summer transfer window.

The new season has already begun. So if the England international striker who makes £75,000 a week (Spotrac) decides to quit the club now, the Villans will need to find someone else to take his position.

Additionally, there is not a lot of time remaining in this timeframe. In addition to this, Watkins started for Aston Villa against Everton at Villa Park in the Premier League on Saturday and contributed two assists in the game.

Watkins has made 74 appearances in the Premier League over his career, during which he has scored 25 goals and created 13 significant scoring opportunities.

Both Crystal Palace and Leeds want to strengthen their offensive capabilities before the end of the transfer window and are looking at a number of different possibilities to do so.

It has been stated that Watkins and Gerrard, the manager of Aston Villa, have a contentious relationship, and the club is said to be open to receiving bids for Watkins.

However, Aston Villa has claimed that there is no problem between Gerrard and Watkins, and they have emphasized that they do not want to sell.

In spite of this, both Crystal Palace and Leeds are keeping a careful watch on what is going on at Villa Park in the event that the striker becomes available in the last stretch of the transfer window.

Watkins and Wagner and we were cooking(love you Ben)

Watkins. Adams, Terrier. All seem different types of players (add in CDK and the guy at PSG). Feels like unclear strategy for a striker?

Suspect we may end up playing 'pin the donkey' and crossing our fingers….#LUFC

‘Ross, we didn’t pay you a million dollars to score a duck’-Ross Taylor reveals that he was slapped by RR owners for getting out for a duck
‘No move for him in this summer’-Leicester City is ready to lose Youri Tielemans for free next summer