WWE Hell In A Cell 2021 Live Telecast in India, Where to watch Live Streaming? 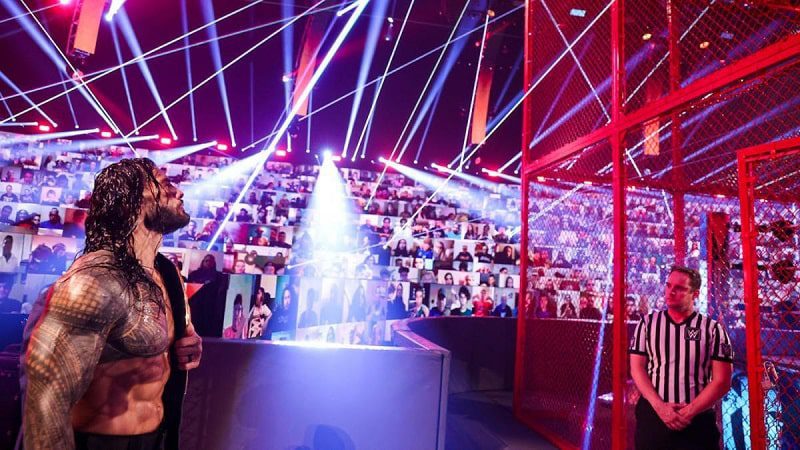 The WWE Hell In A Cell is a forthcoming international wrestling pay-per-view and WWE Network event. It is brought up by WWE for their Raw and Smackdown brand divisions. The Hell In A Cell will begin from 20th June 2021 and telecasted from WWE ThunderDome hosted at the Yuengling Center in Tampa, Florida. This will be the final WWE’s pay-per-view to be simulcasted by the Thunderdome. As the organization will restart the live touring with fans in July. It is the 13th season of Hell In A Cell and the first event to be host in the month of June instead of October. Check Here Details WWE Hell In A Cell 2021 Live Telecast in India, Where to watch Live Streaming?

WWE Hell In A Cell 2021 Live Telecast in India

The SonyLiv has the WWE Network which will telecast the Hell In A Cell 2021. WWE Network pack is serviceable on the SonyLiv app for Rs 299 for 1 year. You can also subscribe to the premium pack on SonyLiv for Rs 999 for a year or Rs 299 a month. JioTV also broadcasts Hell In A Cell lives on your mobile, tablet, or smart TV. You can watch the match for free in India through JioTV if you are having a Jio number. TataSky also shows the match live if you are a Tata Sky customer and subscribed to Sony Network channels.

Where to watch WWE Hell in a Cell 2021 Online Live Streaming?

The WWE Hell In A Cell will be broadcasted through NBC’s Peacock TV which is serviced on a mobile, tablet, and smart TV app and website. To move the WWE Network on Peacock, WWE signed a deal with NBCU. This means all the WWE PPVs will telecast on Peacock TV in the United States. The Peacock’s Premium Plans start with just $5 per month for all the WWE fans. It offers a free trial for 7 days for new customers on Peacock. The WWE’s PPV is available through the WWE Network Streaming service across the globe from India to the US.

In Canada – The WWE’s PPV is streamed online on WWE Network App. New customers will get a free one-month trial and cost $9.99 per month after that. There are two main providers for WWE in Canada that is Roger Cable and Eastlink. You can contact them for their service.

In Australia – WWE’s PPV is also available via WWE Network which provides a one-month free trial for new users like other countries. The PPV is also accessible via the Main Event PPV provider in Australia.

Related TopicsWWE Hell In A Cell 2021