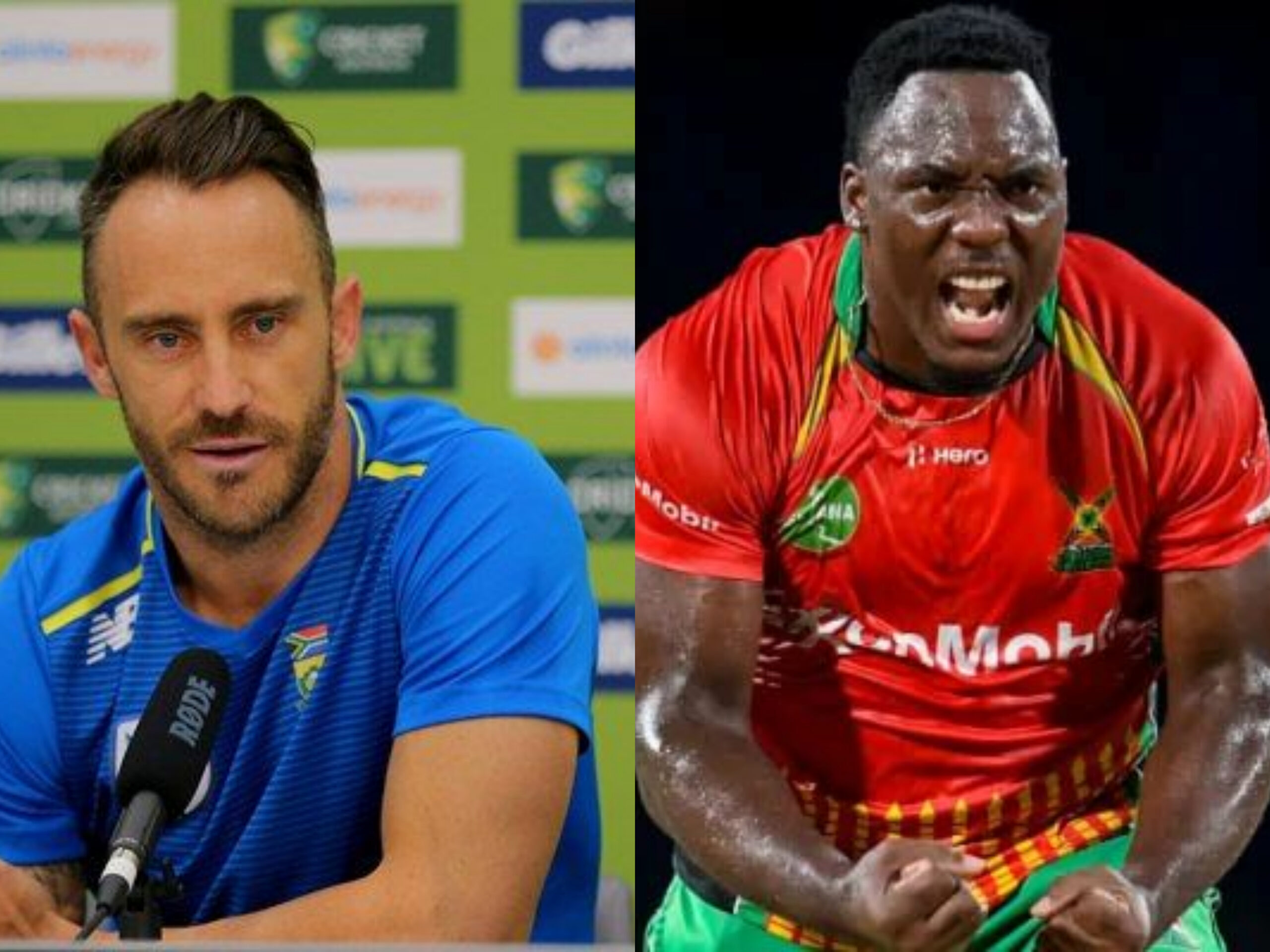 Royal Challengers Bangalore (RCB) skipper Faf du Plessis reckoned the missed chance to dismiss Odean Smith in the 17th over cost his team the game against Punjab Kings (PBKS) on Sunday, March 27. The hulk-like Smith came to bat when the Punjab-based team needed 50 runs to win off 31 balls. When he was on one, Anuj Rawat dropped him off Harshal Patel while standing at deep extra cover.

Smith, who made a name for himself while playing for the Guyana Amazon Warriors in the Caribbean Premier League (CPL), made RCB pay. The right-handed stayed unbeaten on 25 off eight balls with one four and three sixes, and helped PBKS reach the target of 206 with one over to spare.

Du Plessis, who scored a 57-ball 88 with three fours and seven sixes, said the Challengers would have had a better chance to win had Smith been dismissed earlier.

We did a lot of good things in the middle, says Faf du Plessis

“The catches towards the end Odean Smith 25 off 8 balls… I think we probably dropped him on 10. After that, we are looking at some tail-enders coming in. The cliche of catches win watches,” Du Plessis said after the match.

“We did a lot of good things in the middle. But you know what Odean Smith can do to you. So, you got to hold on to those chances,” he added.

Smith was a tad expensive with the ball, having conceded 52 runs off four overs, but he was the fastest bowler in the game. The right-armer clocked above the 145 kph mark on a continuous basis. Later, the West Indies all-rounder gave an account of himself with the bat in hand. Smith also won the Player of the Match award in his maiden IPL match.

Du Plessis, who was the second-highest run-scorer in IPL 2021, felt that dew in the second half of the game didn’t help the Challengers’ bowlers by any means. He was also happy to have evaded an injury while fielding as he had to dive on his elbows plenty of times.

RCB are next set to lock horns with the Kolkata Knight Riders (KKR) on Wednesday, March 30 at the Dr. DY Patil Sports Academy in Mumbai.