‘You Will Most Likely Play The Same Team, Unless..’-Gautam Gambhir Reveals The One Condition In Which India Will Change Their XI 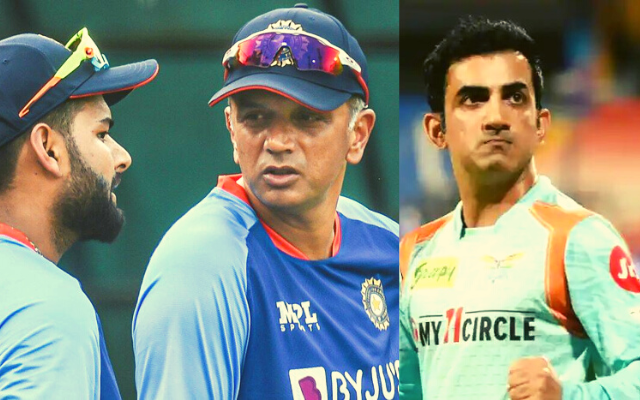 According to Gautam Gambhir, Dinesh Karthik is expected to keep his spot in Team India’s playing XI for the second Twenty20 international that they play against South Africa.

In the first Twenty20 international played against the Proteas, Karthik was selected to bat in the middle order instead of Deepak Hooda. However, because he only faced a few deliveries, the experienced wicketkeeper-batsman was not allowed to demonstrate his finishing talents.

In the course of a conversation on Star Sports, Gambhir was asked if he would want to see any changes made to Team India’s XI or whether he thought they should stick with the same players for the next games.

He said: “Since you already have experience of playing Dinesh Karthik, you will continue to play him. I got the impression that you could have played Deepak Hooda, given the shape he was in and the fact that he is still relatively young. However, in the next matches, unless the wicket is particularly dry, I do not believe that any adjustments will need to be made to the strategy.”

The coach of the Lucknow Super Giants (LSG) believes that Team India could consider playing Ravi Bishnoi rather than a seamer if the pitch is favorable for spin bowling.

Gambhir continued by saying: “If such is the case, you can probably leave one of your seamers out of the lineup, play Bishnoi, who is a leg-spinner, and make Hardik your third seamer. You will have two wrist-spinners available to you as potential offensive alternatives. But, if the ground is small and the pitch does not provide much opportunity for spin, you will most likely play the same team.”

It is quite doubtful that the Men in Blue will employ an extra spinner until the Cuttack pitch turns squarely. In the first Twenty20 international that took place in Delhi, India’s finest leg-spinner, Yuzvendra Chahal, did not get his full allotment of overs.