Zenit St Petersburg vs Chelsea will be favouring the away team, who are the Champions Of Europe at present. 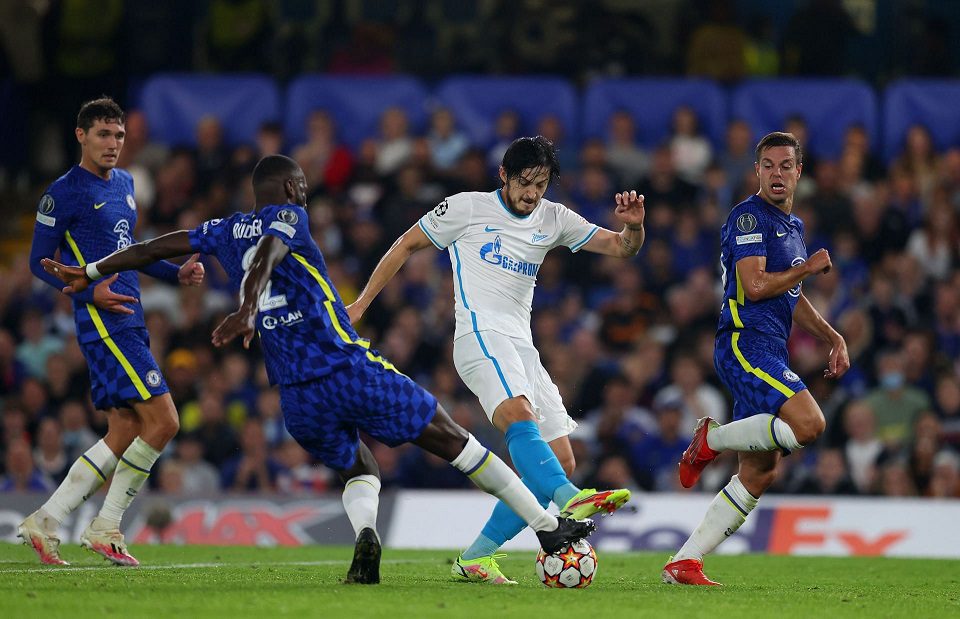 Where To Watch Zenit St Petersburg vs Chelsea?

In the absence of Zenit centre-back Dmitri Chistyakov, who was sent off in the club’s 1-1 tie against Malmo in November, Wilmar Barrios might fill in at the back three with Dejan Lovren and Yaroslav Rakitskiy. After having knee surgery at the end of last month, goalkeeper Stanislav Kritsyuk is expected to be out for an extended period, with Mikhail Kerzhakov scheduled to take over in his absence.

However, the offensive three of Malcolm, Claudinho, and Artem Dzyuba are anticipated to retain their positions in the starting lineup. Iranian talent Sardar Azmoun will be looking to push his way into the first XI; however, he will have to do it against the odds.

Ben Chilwell (ACL), Trevor Chalobah (hamstring), N’Golo Kante (knee), and Jorginho (hip) are all out for Premier League giants Chelsea due to injury, while Mateo Kovacic has tested positive for Coronavirus.

Kai Havertz and Marcos Alonso are also doubtful to play after being forced off in the loss to West Ham with ankle and back injuries, respectively.

Saul Niguez or Reece James may be allowed to start at left wing-back without Chilwell and Alonso; the latter’s prospective involvement would certainly result in Cesar Azpilicueta being promoted to the first team at right wing-back.

Ruben Loftus-Cheek might make his fourth straight start in central midfield, while Romelu Lukaku or Timo Werner are anticipated to lead the line in attack for Chelsea.

However, although Zenit will be motivated to face the Champions League champions, Chelsea has more to play for on Wednesday night as they look to finish first in their group.

A good team is expected to be named by Tuchel for the match at the Krestovsky Stadium, and it should have enough talent to take all three points.

Jurgen Klopp Was All Praise About His Youngsters As Liverpool Racked This Crazy Feat
UEFA Champions League 2021-22; Juventus vs Malmo Betting Predictions, Where To Watch